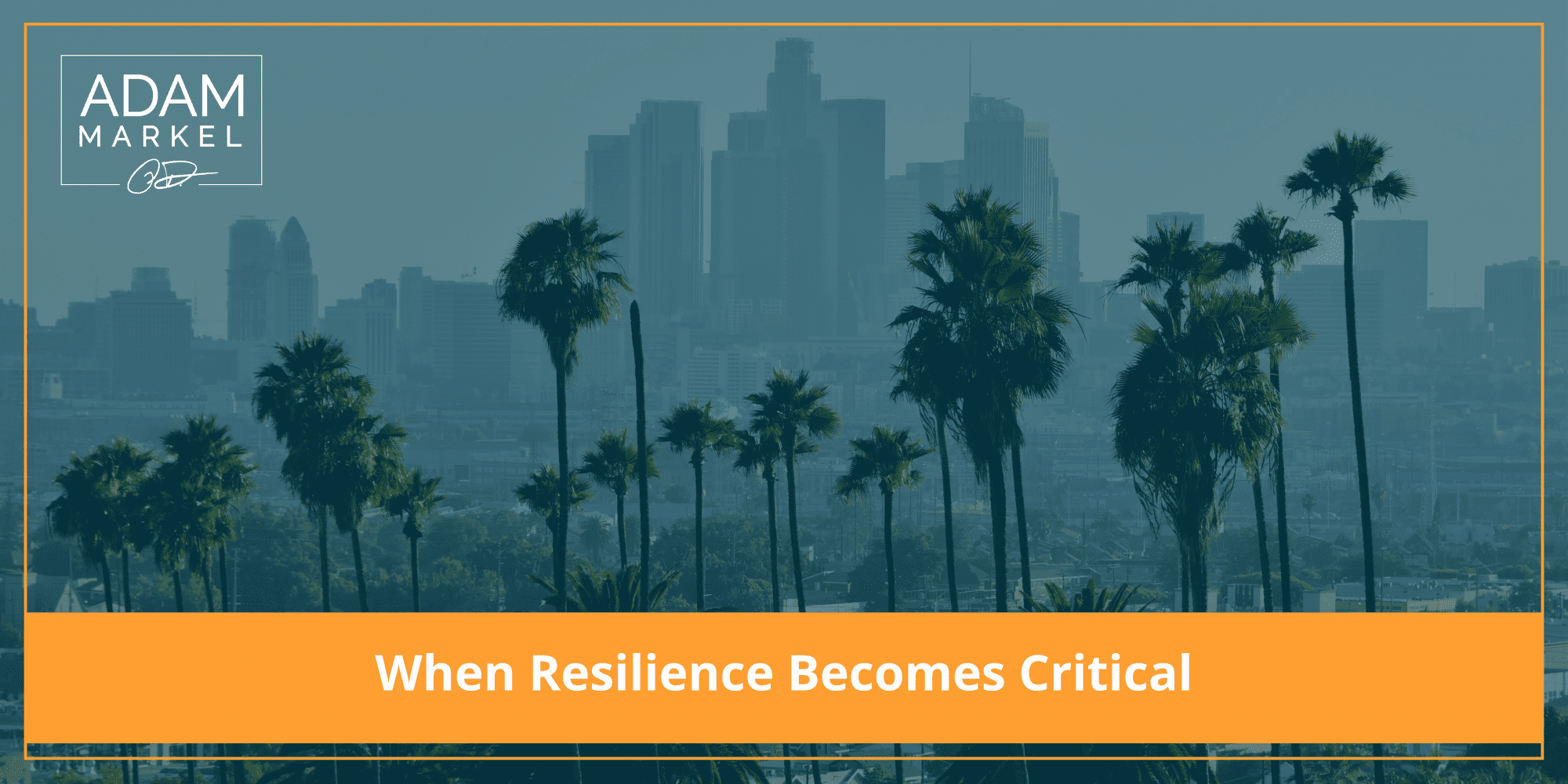 When I talk about resilience, it rarely seeps into power outages and our power grid in general, but something happened in California and I haven’t stopped thinking about it.

On a Tuesday night on the West Coast, things became critical as power grid officials were facing down a blackout brought on by a sweltering heat wave. Their final course of action was to plead with consumers to use less energy and they did it all via text message. Are we finally in the 21st century?

First, I love to see technology being used for sustainability. But more than anything, I love seeing resilience in action.

This kind of forward progress is the dynamic shift I talk about in Change Proof, a book about leaning into change and resilience to become more sustainable. Not just in our resources but in our thought processes and the way we approach daily life and inevitable change.

The people who complied made a conscious decision to do something now that would benefit them later. Everyone who took a step back and used less power, let the system recover and catch its breath without crashing – and boy, isn’t that a lesson we could all apply?

How many times are you facing a system-wide shutdown and rather than consciously disconnect, you try to push through it and end up crashing?

We are living in times where it is obvious across all fronts that resilience is now critical. To our energy resources, both internal and external. We can clearly see it now in everything. And the solution is more resilience, to become so acclimated and aware that you are capable of taking those steps back – to reset to avoid the crash.

It’s in recovery that we become stronger and harness more sustainability. California led with resilience and IT WORKED! The text they sent went out just before 5:00 pm and less than an hour later, the state saw a 2,600 megawatt reduction in usage.

In Change Proof, I talk about a simple process to digest change and make clear decisions.

Resilient decisions come from pausing and taking a step back, asking yourself what outcome is important and how to get there, and choosing the most sustainable route.

With the looming threat of extreme weather and future outages, California will face this more than once – but now they know what to do. They have found a solution in applying forward, resilient thinking to a big problem.