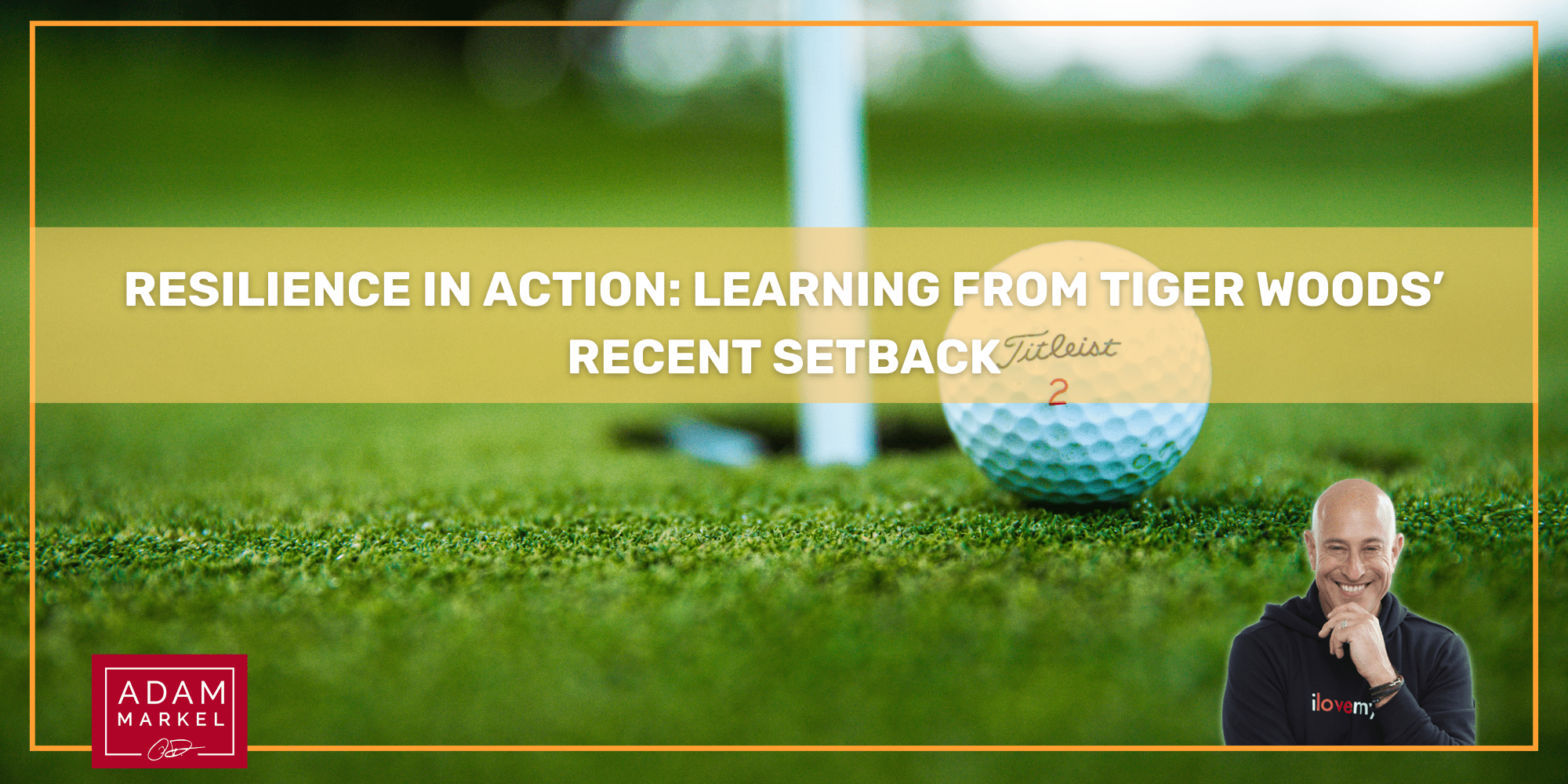 “I was never going to give up. I have too much belief in myself.” -Tiger Woods

The words of Tiger Woods speak volumes about the power of persistence, and its role in resilience and success. The story of his comeback is both inspiring and instructive for anyone who has doubts about their own ability to not only bounce back from adversity – but to apply Change Proof principles and use that adversity to bounce forward.

Tiger Woods, one of the most iconic athletes in all of sports history had his life turned upside down when a sex scandal unraveled his image as an American hero. The collapse of this once beloved icon triggered two years away from the game he loved so much which led many people to believe that it would be impossible for him to return to golfing greatness.

Yet, this is what I like to call the step-back instead of the set-back. Of course he had some missteps but I think it’s safe to say the damage could have been much worse had Tiger not stepped back and reevaluated where he was in those moments.

Enter 2013…the year that will go down in history as probably one of the greatest comebacks – Tiger Woods defied all odds by coming back to win the Masters Tournament- one of golf’s most prestigious events.

Life Takes Another Turn
Fast forward to 2021, news reports concerning Woods take over the television once again. He’d been involved in a terrible accident on his way to California for his annual Genesis Invitational tournament. Every ticker on every station showed breaking news of life-altering injuries, if he survived the harrowing crash at all. Then came the reports of Tiger potentially never walking again and more reports of multiple leg injuries – a devastating blow to such a phenomenal athlete.

Woods Finally Speaks
From never walking again, to never playing golf again, to playing the tour one day – Woods made it his mission to never give up. His resilience speaks for itself.

“I think something that is realistic is playing the tour one day—never full time, ever again—but pick and choose… Pick and choose a few events a year and you play around that,” Woods told Golf Digest. “You practice around that, and you gear yourself up for that. I think that’s how I’m going to have to play it from now on.”

Change Proof Gospel: Adversity is a key tool of life. Not a punishment. Change Is Inevitable, Use It.

Resilience leads to success. The ups and downs are part of the process, not the end of the road. Success and achievement are almost always on the other side of the hurdles we tend to stop at or avoid altogether. If we constantly hop off the path to success, to avoid the hurdles, we know we will never get there.

And if we choose to give up because life hands us what we might think is a losing hand, we will never surpass that level of achievement. Because there will always be a hurdle attempting to teach, grow and strengthen us.

When things don’t go our way, it is essential to pick ourselves up, dust ourselves off and get back in the game. Because champions keep playing until they get right.

Adam Markel is a resilience keynote speaker that inspires audiences to find more meaning in their work. His talks create impactful transformation for organizations worldwide by igniting powerful shifts that lead to lasting change.

Want to learn how to cultivate a resilience mindset in order to achieve success? Check out Change Proof and how the principles in this book will change the way you deal with change.