Choosing the Step Back vs. the Setback: Yet Another Lesson to Learn from 24-year old Simone Biles 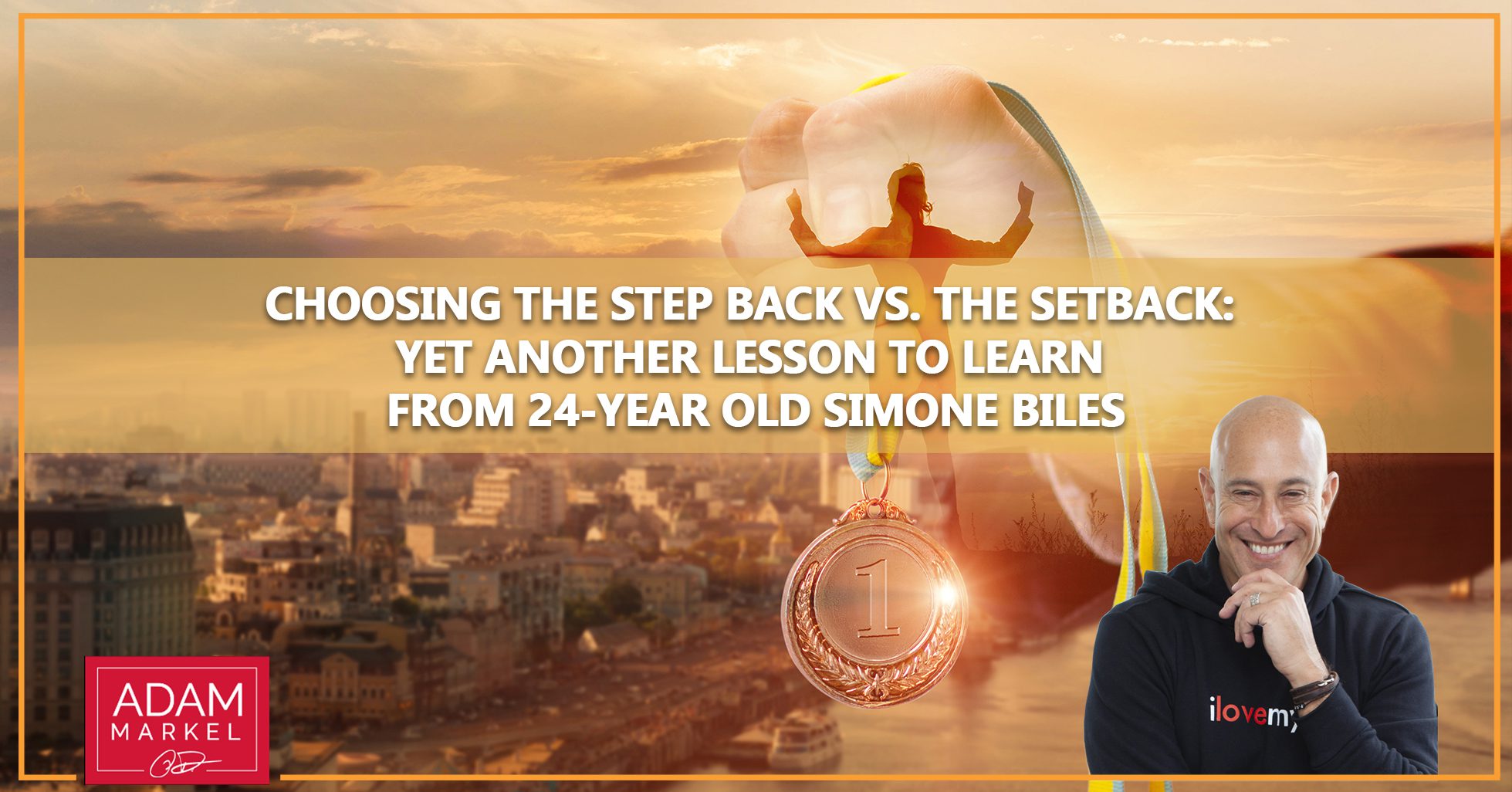 Olympic gold medalist. The most decorated gymnast of all time. A combined total of 32 Olympic and World Championship medals.

A traitor. A Quitter. Weak. Undeserving.

If you watched the Olympics this year, or the news surrounding USA’s highs and lows, surely you heard the heated debates about the young American star who had sacrificed so much, only to bow out at the last minute. What happened with Simone Biles? And why were we all so upset about it?

On one side, she was seen as a traitor, abandoning her team and giving up. On the other side, she was seen as a champion for mental health and listening to her body. Simone made a decision as a top tier athlete without us. Our entitled nation collectively felt that we should have had a say in the decision for this talented and very capable young woman. So we fought it out online, we shared cut throat pieces labeling Simone or the people who had turned their back on her. And at the end of it all, we failed to see the bigger picture: Simone was fine, in great shape, still competed, and went on with her life like only a champion could because she chose the step back over the set back.

Let’s Go to the Source

In a piece written for The Cut titled Simone Biles Chose Herself , Simone told her interviewer, “I should have quit way before Tokyo.” It wasn’t but a few years earlier she had shared headlines with Larry Nassar, her coach and abuser. The sex abuse scandal that rocked her gymnastics career, she carried with grace and humility, something no young woman should ever have to do. She continued her training, she continued to model behavior for young athletes everywhere, and she continued to work on herself – something that became incredibly obvious as she made probably the toughest decision of her career in Tokyo.

The level of resilience required to see the long-game, to protect yourself, to step back to avoid the set back, is something very few people have and Simone is one of them.

In life, at every turn, we have options ahead of us. Some of these options are easier to see than others and I wish more people knew how resilience provides clarity, making it easier to see the bigger picture. And when we have that big picture, Simone Biles kind of vision, it’s so much easier to avoid the setbacks, even if it requires a step back.

But this kind of resilience and clarity takes practice – we have to put the words in motion. How do we even know where to begin? It might be simpler to develop a Simone-mindset than you think.

How many times in life have you been so sure of a decision?

This is what I call the Change Proof Model, and it’s all about taking the good with the bad and loving life, no matter what comes our way. We have to choose to embrace life in its fullness. Simone, after so gracefully bowing out, spent her newly found free time on the sidelines acting as her teammates’ biggest cheerleader. She squealed with excitement as her stand-in’s celebrated their first ever Olympics. When we can put the Change Proof Model in action and embrace life – no matter what – we avoid the setback and life shows us beauty in moments we never expected.

Now, back in the limelight for her Gold Over America Tour (GOAT… we see what you did there), Simone is once again showing the world how resilience not only helps you bounce back, it helps you bounce forward into more of everything. In a moment shared with the entire world, it seemed like Simone’s path had reached a dead end, yet here she is on top of the world. Take the step back, utilize the Change Proof Model, avoid the setback.